What does a recession mean for you, your family, and your business?

What does a recession mean for you, your family, and your business? 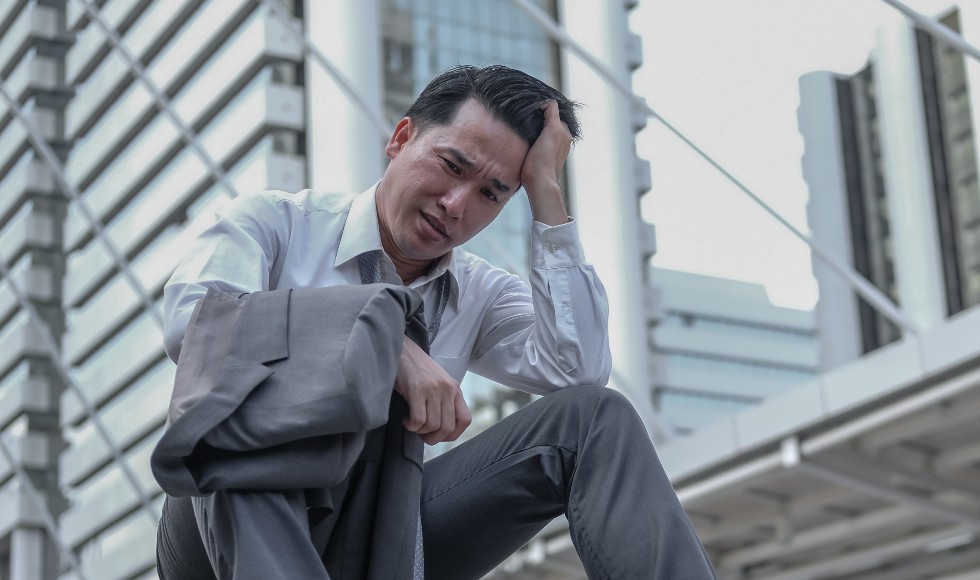 A detailed look at what a recession is, and how business owners can deal with difficult and changing economic circumstances

It’s no secret that Australia is staring down its first economic recession since the 1990s.

But what does that actually mean for Australian businesses?

In this article we answer the question of what is a recession, what happens during a recession, and what this can mean for your small business.

If you’re looking for peace of mind, contact Liston Newton Advisory today to discuss how we can help your business prepare for any economic situation.

So, what is a recession?

But sometimes, if the circumstances are right, economies can experience an extended period of declining economic performance. This can be for months, or longer.

It's more than an economic downturn. An economic recession is typically defined as two or more financial quarters where an economy experiences slow, or declining, economic performance.

During a recession, a country’s gross domestic product (GDP) may decline, and household spending may be seen to slow down. Businesses may slow down, causing incomes to stagnate, investment to drop, and people to lose jobs. Unemployment can rise, and retail sales and manufacturing can experience a decline.

How does this affect small businesses?

Australia’s last great economic recession was in 1991. Our GDP dropped by 1.7%, and employment rates fell by 3.4%. It’s a time that many Australian businesses wish to forget.

But it’s a clear reminder of what recession means for small businesses.

When a recession occurs, those businesses without large cash reserves can expect to see a reduced cash flow. There’s a marked decrease in consumer spending and demand, as consumers and households are focused on saving more of what money they have.

This hits particularly hard in industries such as hospitality, who rely on what can be usually classed as discretionary spending.

To accommodate this, small businesses may see the need to pivot their business, change focus, and even scale back operations.

So during a recession, small businesses should be prepared to see a reduction in income, and business output.

How does a recession impact unemployment?

Recessions have a big impact on the economy, notably on consumer spending and demand.

Therefore, businesses experiencing a loss in activity often are required to lay off staff, in order to reduce their overheads. Worse, businesses may find themselves in financial trouble and be forced to close for good, leaving the organisation’s entire workforce out of a job.

And when you compound this across a variety of industries, all across the country, we see a marked rise in unemployment.

Sustained rises in the unemployment rate is one of the key markers of a recession.

Business slowdown and increased unemployment isn’t just bad for the individuals and families affected, either. It also creates issues for the government. Fewer people actively working means fewer people are paying income and other taxes. More people are likely to claim unemployment payments such as Jobseeker, which is funded by other tax-paying Australians.

Government spending rises, without the necessary cash injection to fund it, and the country finds itself further and further in debt.

What happens to pay rates during a recession?

As the economy slows down, one would expect pay rates to take a hit too.

Interestingly, this isn’t usually the case. Instead wages may stay the same, but rather than rising they can tend to stagnate.

After all, during a recession a business may face a drop in revenue, so naturally they cut back on any big financial changes.

The act of cutting wages is a difficult one. It’s not easy to put a pay cut into motion—and doing so has the potential to cause a rift between management and employees. A rift that can create potential for the business to lose more of their valuable workers than they can afford.

But businesses still need to reduce costs somewhere. So instead of reducing pay rates, they look to alternative solutions, like reducing staff hours or laying off staff instead.

Reducing their resource roster can lower overheads, while still keeping productive staff on board. They can continue to operate with leaner staff, while saving money at the same time.

However, this typically only covers their base salary. Payments like bonuses, on the other hand, can also be on the chopping block.

What else happens to the economy during a recession?

There are a number of things that happen during a recession.

The economy slows right down. People are spending less, so naturally demand slows down too.

Manufacturing tends to drop. People and business aren’t spending as much on buying products, and any unnecessary asset purchases are put on hold.

Due to increased risk of unemployment, and lowered revenue, both individuals and business can tend to default on loan payments.

This in turn causes a noticeable increase in people losing their homes. Jobs are lost, which means individuals aren’t able to keep up their mortgage payments.

As well as unemployment growing, unemployment in young people is a specific hardship faced during a recession. Fewer businesses are hiring, so young people straight out of school or university find it hard to get a job—which in turn, limits their long-term career goals and opportunities.

Recessions have long-term effects on the economy, too. Those left unemployed during a recession may face long-term unemployment, and the unemployment rate as a whole may take a while to decline. This sustained level of unemployment can lead to a long period of reduced tax revenue for the government, which in turn increases public debt.

So ultimately, a recession creates stark challenges for businesses and individuals all across the country.

An economic recession isn’t something that small businesses can avoid.

But while you can’t stop a recession occurring, you can put plans and contingencies in place to help navigate its uncertainty. With the right advice, guidance, and support from your financial adviser, you and your business can ensure that you’ve got a roadmap to follow, even during trying times.

Liston Newton Advisory have been supporting Australian businesses for over 40 years. We’ve seen the economy change, and understand how to help small businesses survive. Get in touch to discuss how we can help your business weather the storm, and thrive in the long run.

Kieran is the founder of Liston Newton Advisory and has been leading the firm for over 30 years. He holds an impressive reputation in the business community as a market leader in providing ethical, innovative and solution-oriented financial and accounting services. Kieran is a Certified Practising Accountant, Registered Company Auditor, and an Accredited Specialist Superannuation Advisor (SPAA).

Read about it
Business Advisory
By
Andrew Phelan

A checklist for setting up a new business

We guide you through our checklist of what to do when starting a small business in Australia. Here's what you need to know.

Read about it
Financial Advisory
By
John Liston

A step-by-step guide to understanding the JobKeeper subsidy

The COVID-19 pandemic has caused a huge amount of uncertainty in global markets. Learn how the JobKeeper subsidy can help keep businesses like yours afloat.